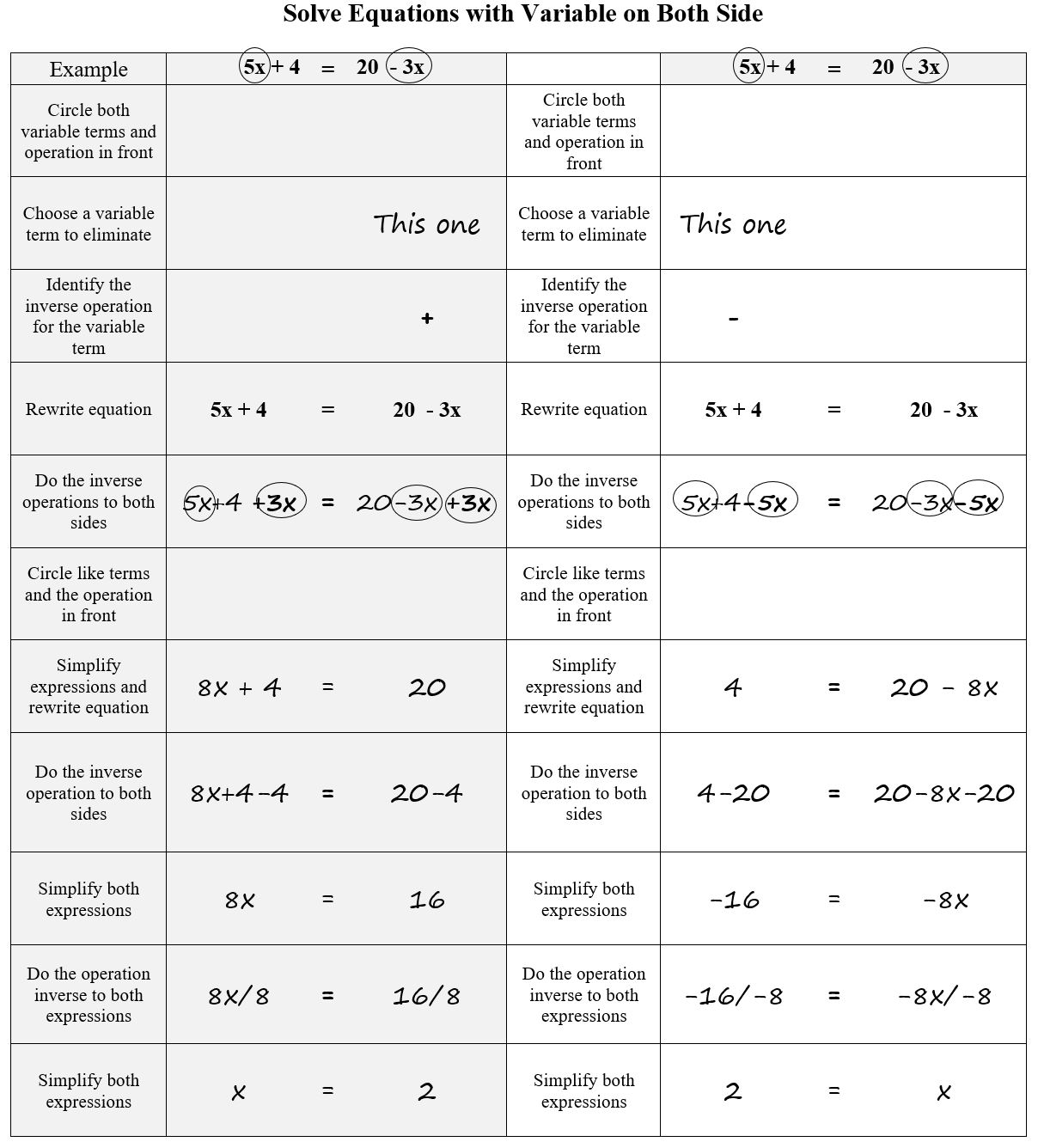 Solving the variable on both sides is the Cerberus of 1 variable linear equations. It has multiple steps, simplifying expressions, and eliminating a variable expression. The later is a new step, added on to all the other steps. This post describes a scaffolded handout to guide students through the mental steps and the written steps.

The process starts with mental steps of identifying the two variable terms. This directs students to focus on identifying that the equation has a variable on both sides which in turn leads them to understand the algorithm they will follow. The circling focuses attention on the operations. Then the students choose which variable term to eliminate and identify the inverse operation. The written steps are then guided.

As I did in the scaffolded handout for solving a 2-step equation, I have students solve the equation two different ways. This time by eliminating each variable term respectively. This allows them to see for themselves which term may provide the path of lesser resistance.

The handout can be found here.