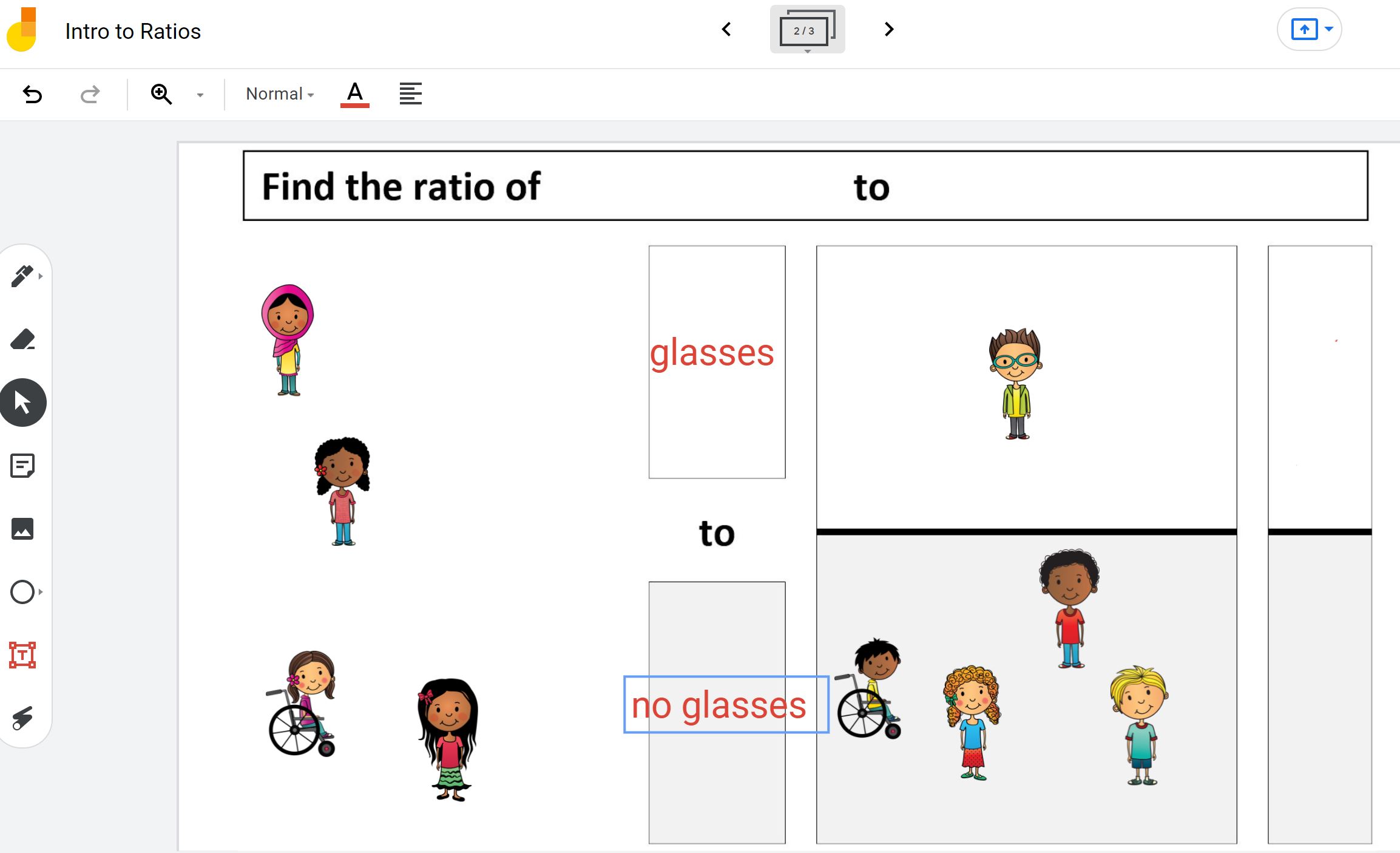 Below are images from a Google Jamboard for a hands on introduction to ratios. (See image at the bottom for how to make a copy in order to use it.) The images are from Clever Cat Creations and provide a visual representation. The moveable items engage the students kinesthetically. It also helps unpack the concept of ratio as a comparison of two quantities as the students count out the quantities and represent them as numbers in a ratio. The scaffolding guides the process.

First, students move the terms to make a connection between the statement and the ratio.

Then the objects are counted and moved.

Then the ratio is written.

The quantities can be flipped to show an alternative ratio.

There is a blank to create your own and another with shapes.

You have to make a copy in order to move the pieces.

The photo below builds on the map and transitions students into coordinate planes. They are introduced to rise over run and positive and negative as indicators of the direction of a line.

The photo below combines rise and run with rate of change. The hourly wage is prior knowledge they can much more easily comprehend. A major issue is getting students to include units and to understand what units are. This would have been addressed in the previous unit on rates and proportions.

This is the handout used with a train activity in which I use battery operated trains and time them as they travel 200″. I project a stop watch on the screen as the train moves. The kids pick up right away that Percy is “slow.” As Percy is traveling I ask them how they know it is slow and get answers like “it takes a long time.” This is a concrete representation which they can draw upon as they work with the graph and calculations.

The photo below shows a scaffolded version of a Smarter Balance (Common Core assessment) test question. The original question simply shows the graph and asks for average rate of change from 0 to 20 years. Even with the scaffolding many problem areas appear: units vs variable (student wrote “value” as opposed to $), including $ with the 1000, finding unit rate, and even identifying the part of the graph at 0 years.