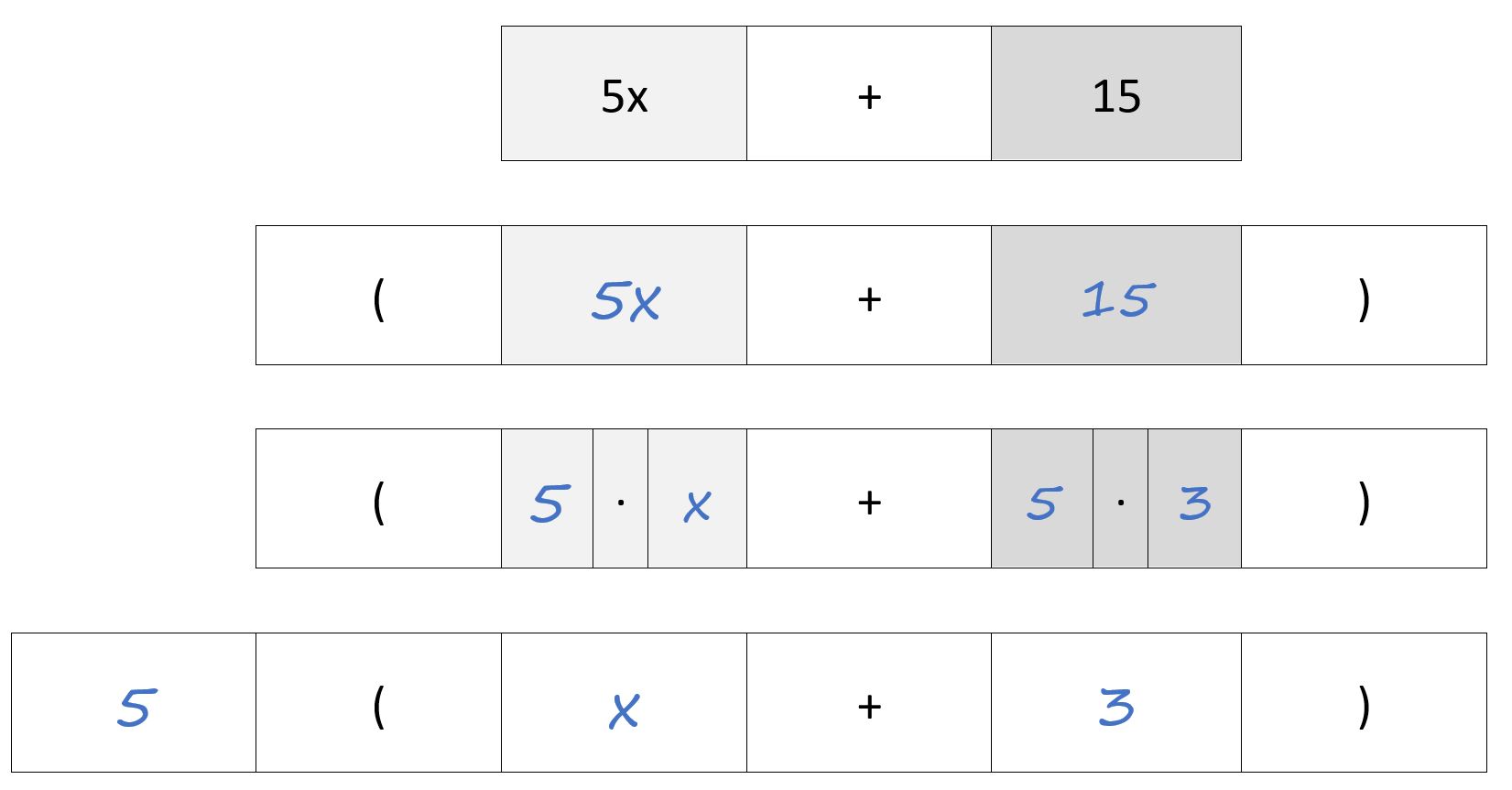 The post shows a lesson to introduce factoring out a GCF. The handout is chunked to incrementally add task demands. A Jamboard is used as a complement to flesh out the concept of a factoring by allowing engaging the student kinesthetically, with scaffolding as guidance. (See image at bottom for how to make a copy to access it.)

The sequence starts with a review of factoring and distributive property. The boxes are a preview of the scaffolding for the full factoring to be presented in subsequent chunks.

The Jamboard slides aligned with the first chunk has students pull apart the variables with exponents to help them understand the meaning of the exponents during factoring. For example, there are two Xs overlaid on the x squared. Similarly, there are two 5s, one overlaying the other to allow them to be distributed.

The last chunk combines the factoring of individual terms and the factoring out. This is conducted with the box methods for support, and then the boxes are faded. The scaffolding starts by writing the expression with parentheses because that step is easy to overlook when explaining it to students and can be confusing for students.

Note: the handout has blank templates for copying and pasting if you want to create your own handout.

Make a copy of the Jamboard in order to access it.

Factoring polynomials like 5×2 + 15 above is one of the most challenging algebra topics, especially for students with special needs. To make these problems more accessible a more concrete approach is possible. The photo above shows how finding a greatest common factor (GCF) is possible using a hands on, visual approach. Click on this link to a folder with a document explaining this approach and with a document that is a master for these card cutouts.

Typically, multiplying two binomials is presented with FOIL. This approach is problematic for two reasons: it is a mneumonic for a purely symbolic representation and it is also an isolated strategy that does not connect well to prior knowledge.

Another approach is to use a graphic organizer and context. In the photo below I presented students with the scenario of expanding my patio (under the guise of being so popular I needed more space to entertain). The top figure shows the expansion of length alone. This allows for a simple distributive problem and (and eventually factoring out the GCF). The bottom figure shows an expansion of length and width which leads to multiplying binomials. Students would see that the area of the new patio is computed with (6 + x)(5 + x) which is the same as finding the area of each individual rectangle (presented in photo at the bottom). (This is useful for factoring trinomials as well.)

Subsequent problems would use the boxes as a graphic organizer (see photo below).