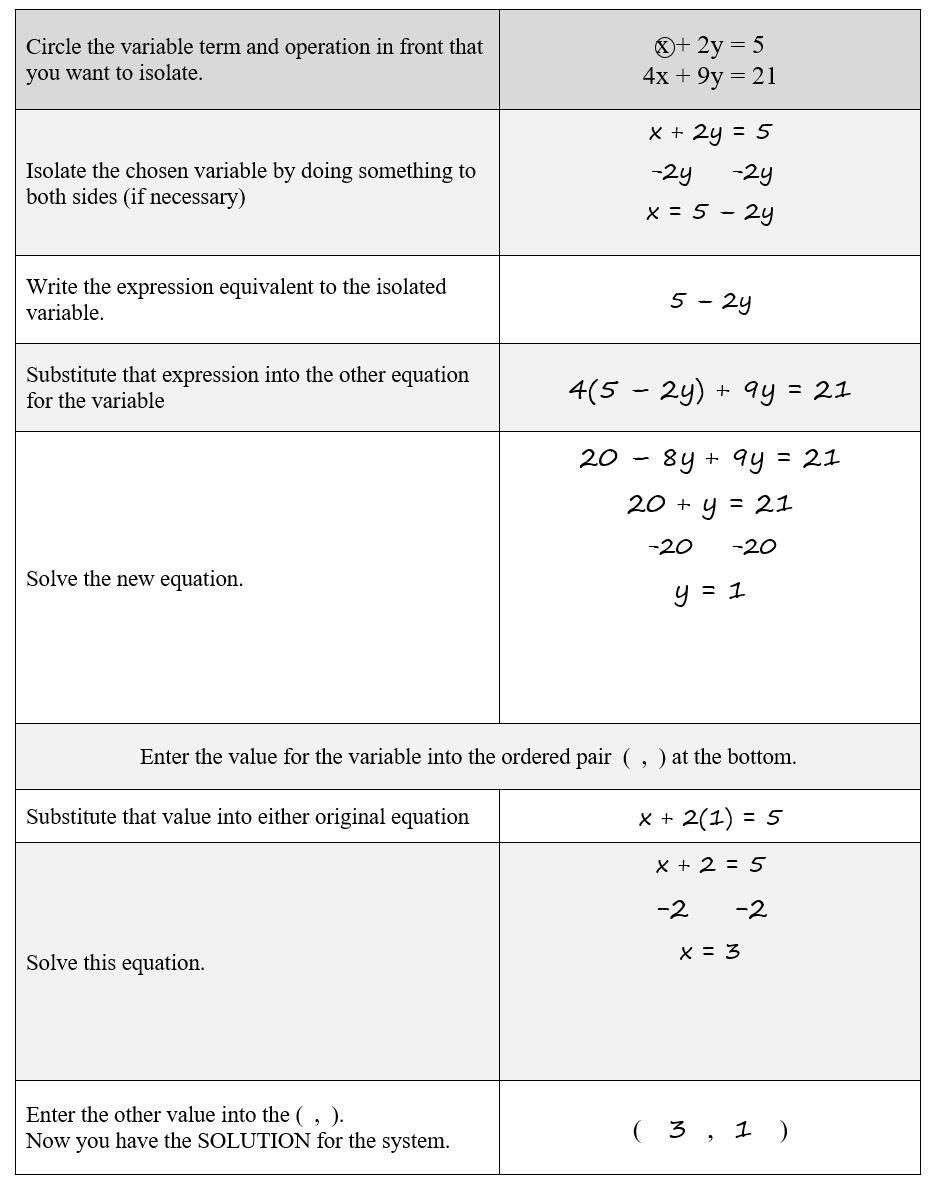 Solving systems of equations using the Substitution Method may be the most task intensive algorithm the students learn. It is easy to overlook concepts as the students attempt the numerous steps. This post provides details about a scaffolded handout that guides students through the mental and conceptual steps, as well as the traditional written steps.

The scaffolding addresses the skills used the method but also reinforces vocabulary and concepts.

Page 2 of the handout is scaffolded to guide the students through the steps I found to be problematic. Replacing a variable with an algebraic expression is the central component of this method and is new to students at this point. previously, they would have substituted in only numeric values for variables.

Here is a link to the handout. The image below shows page 3, a blank template.