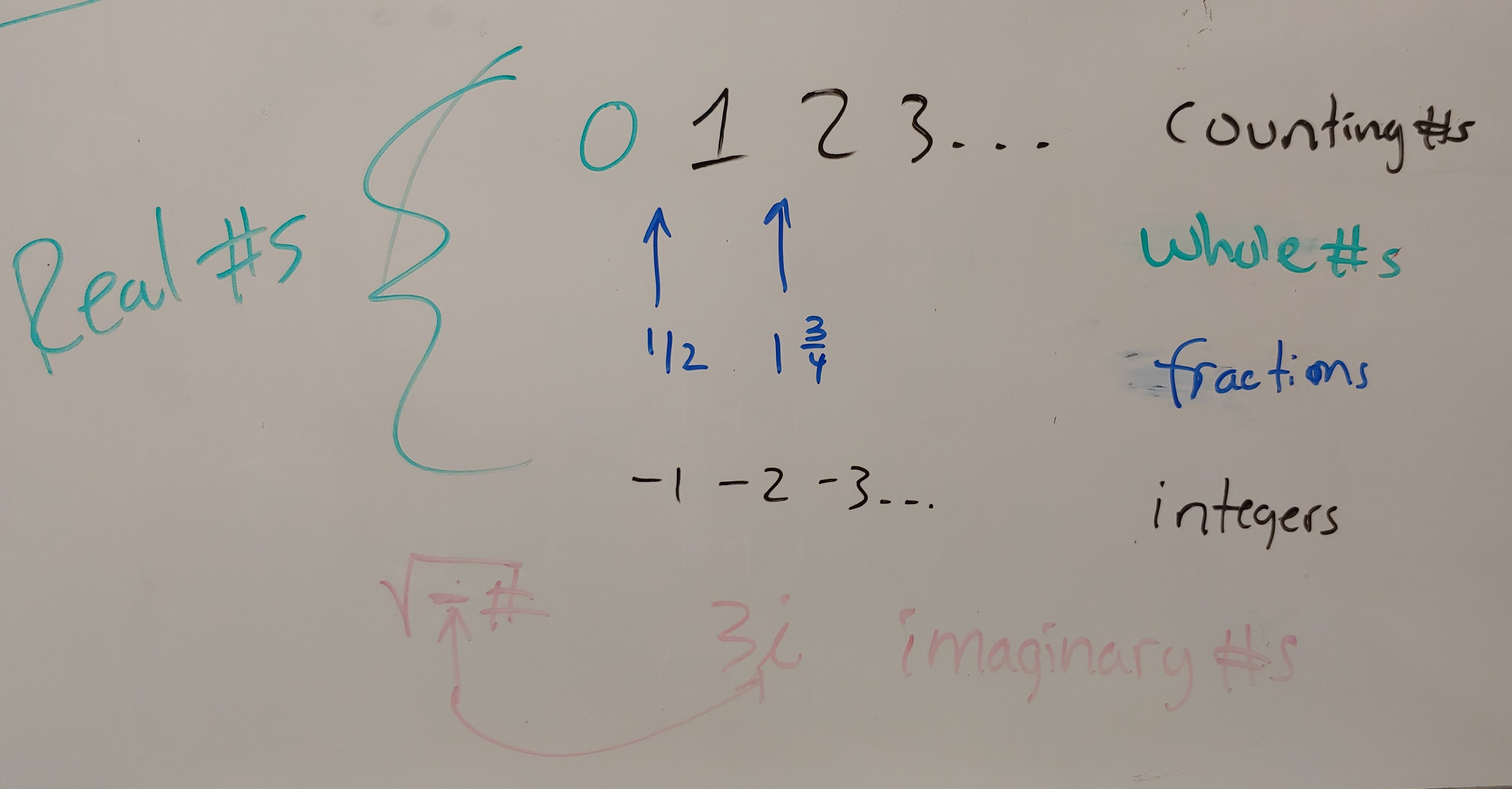 The topic of imaginary numbers is one of the most abstract and therefore difficult math topics to teach in algebra. Here is how I introduce it to students (emphasis that this is only an introduction).

I write 1, 2, 3… on the board (see photo above) and explain to the student “at some point in life you learned to count on your fingers, 1, 2, 3…” These are called the Natural numbers.

This continues, “A little later on you were told you could have half a cookie and so you learned about a new type of numbers called fractions.”

This continues with negatives. Then I explain that all these number types can be found on the number line. We call the set of all of these numbers Real Numbers.

I conclude with “Now we have a new type of numbers that are not found on the number line. These are called imaginary numbers. Just like before you had number types you had before and now you have a new one to learn.”

The point of this approach is to help the students understand that a new number set simply builds on previous number sets. Also, the students have encountered this situation before.

3 thoughts on “Introduction to Imaginary Numbers”