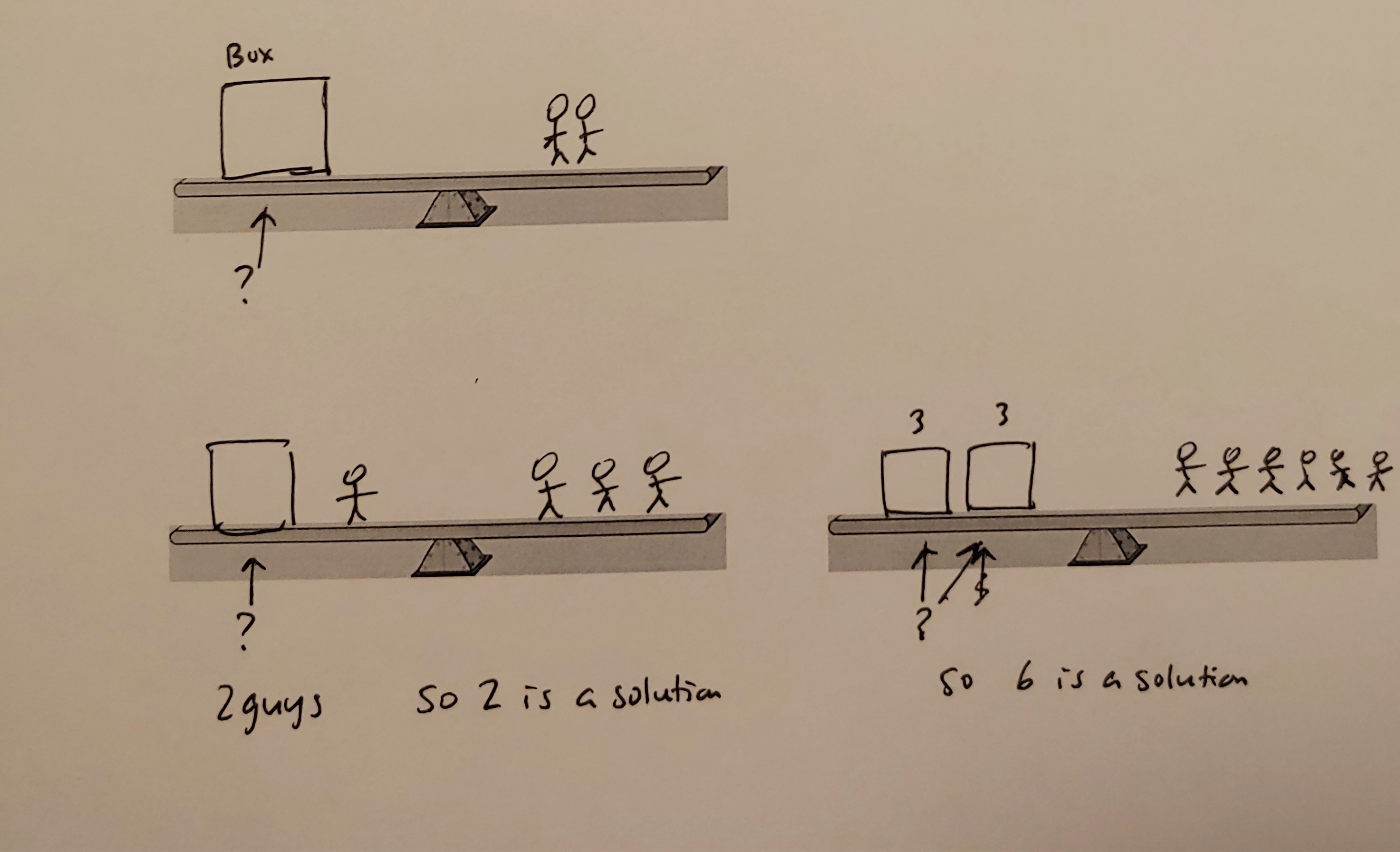 This is a meaning making approach to introducing equations. I will walk through the parts shown in the photo in the space below this photo. (A revised edition of this handout will be used in a video on this topic.)

At this point I am ready to talk about an unknown. Here is the explanation I use with the photo shown below.

There are multiple instructional strategies in play.