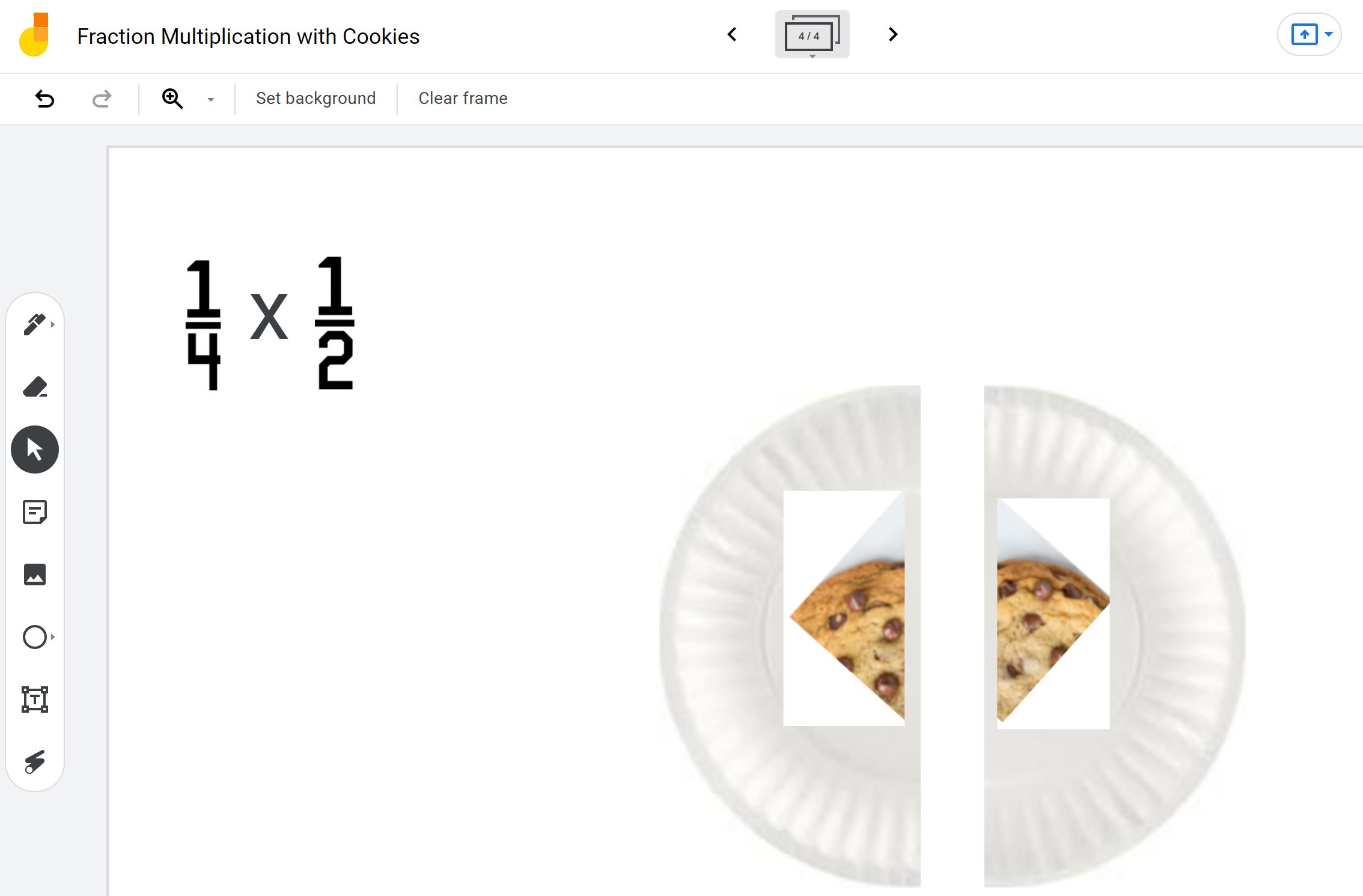 Fractions are challenging. Multiplying fractions is really challenging! This post presents a Google Jamboard to introduce students to the concept of multiplication of fractions.

This serves as an introduction. Each chunk can be followed by practice before moving on to the subsequent chunk.

The Jamboard starts with a representation of multiplication as groups of objects, first with the number of objects in a group and the number of groups. This is presented first as cookies per person to connect to prior knowledge. Then presented per plate as the plate is subsequently used to model the fractions.

First, whole number times a fraction is presented. This allows for a connection to prior knowledge and introduces fractions in this representation. There are still 6 cookies per group, but now there is only 1/2 a group.

The students can move the cookies onto the plate to see the group of objects. Then they can cut the group in half.

To help make sense of the fractions used in the multiplication of two fractions, the fractional parts of the cookies are presented first.

For multiplication of fractions, the process is the same. There is 1/4 of a cookie in each group, then there is 1/2 a group. As was done previously, 1/2 the group is removed. Conceptually, you can explain to the students that they have 1/4 of a cookie and they split it with a friend.

Here is a link to the Jamboard. You need to make a copy to access it.