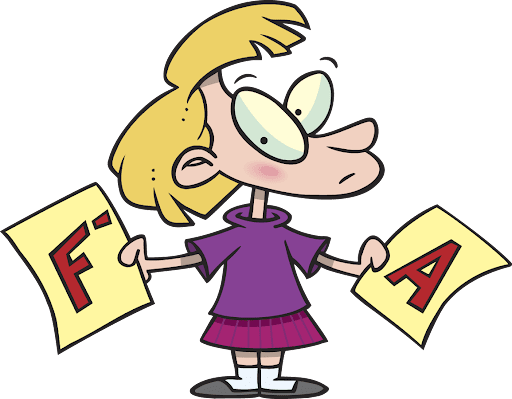 In a recent Facebook group for high school math teachers, an interesting discussion arose about retests and how to respond to students who have a low score on a given test. A common perspective that I shared for a time is that we should eschew retests as we are preparing students for college. In this post I offer counter points to this argument, and attempt to unpack the college preparation issue. The focus is on math.

It appears that colleges universally have placement tests. Below are excerpts from universities in Florida, Texas, California, Washington, Nebraska, and Connecticut, along with a sprinkling of 2 year schools from some of these states. If a student makes an A in precalculus in high school, that does not qualify the student to take calculus or even to retake precalculus! A test score is required, whether it is the SAT or the college’s placement test. Indirectly, this appears to show that the colleges are not taking high school results at face value. Whether the student took a retest or not, or didn’t need one he or she still must prove content mastery to some degree.

Then consider what is happening at colleges. Dr. S.A. Miller of Hamilton College wrote an essay about grades in college (excerpt below left). In it, she cites Dr. Stuart Rojstaczer‘s article in the Christian Science Monitor about grade inflation in college. The focus here is not on how the grades are inflated, e.g., with a retest, but the evidence shows grades skewed towards the higher end and has increasingly become more pronounced over the past few decades. The rigor and accountability cited in the argument against retests is not what it appears.

Given the need to demonstrate content mastery through placement tests, and college academic expectations that are not quite what they seem, it makes sense to focus on mastery of content. This is illustrated by what is happening in Connecticut, a state that ranked 3rd in US News and World Report state K-12 education rankings and 2nd in Wallet Hub’s rankings of state school systems.

In a Connecticut State Board of Education report, over 40% of students entering a state community college or state university (not including UCONN) needed to take a remedial course.

If this is happening in Connecticut, it may shed light on what is happening in other states. It certainly appears that there is something not working in terms of content mastery in math. I am not attempting to place blame and certainly do not suggest that the problem is a lack of retests. Another issue is self-help study skills and how well students are playing their part of the learning process. A report of a survey conducted by Manchester Community College in Connecticut included the most common reason people struggle in their classes. The 2nd most cited response, by 60% of faculty and 61% of students, was that the students do not know how to study effectively.

It appears the issue of retests is more an issue of why is there a need for retests to be considered and the implications of not filling in the content knowledge gaps. I will conclude with a bit of irony. UCONN is ranked as the 23rd best public university. Students are allowed 3 attempts on the math placement test.