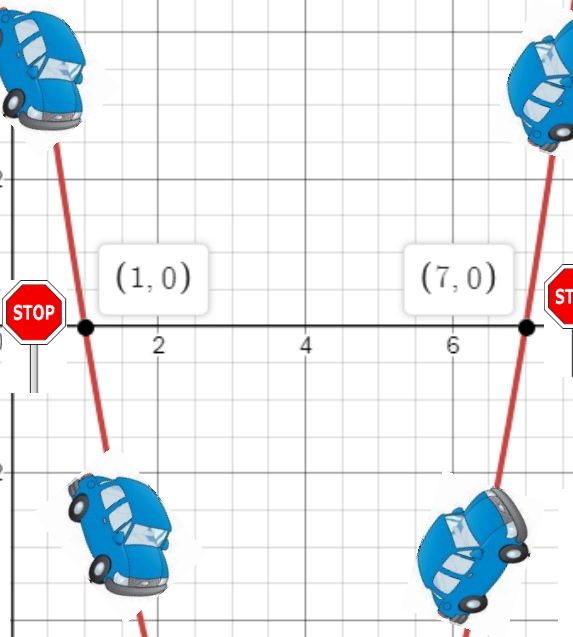 We all understand speed intuitively. Velocity and acceleration are more mathy and harder for many students to comprehend, especially on a graph. Even harder is the idea of when an object is slowing down or speeding up. In this post I attempt to unpack both.

Velocity is speed with a direction. Negative in this case does not indicate a lower value but simply which way an object is traveling (think of backing up). Both cars below are traveling at equivalent speeds.

Velocity can be graphed (the red curve below). Here is information found in the graph.

Below is an example of using prior knowledge and visuals to help make sense of speeding up and slowing down.

Now for speeding up or slowing down. 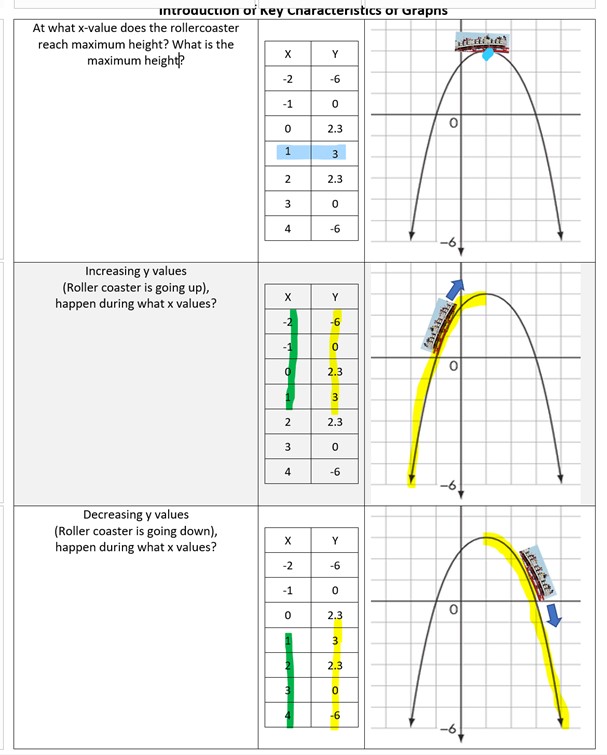 I introduce key characteristics with parabolas and use the analogy of a rollercoaster. Riding once (and never a again) the Superman rollercoaster at Six Flags New England got me thinking about this. At one point the roller coaster hits ground level (a zero) and then goes underground (negative y values).

Here is a handout I use for the introduction. Here are images showing how I use the handouts. The table helps students visualize the x-values and y-values when looking at the graph. The rollercoaster provides extra context for the various characteristics, e.g., increasing means the rollercoaster is going up. Note the scaffolding by adding context clues for each characteristics.

I start with max height of the rollercoaster. I highlight the actual graph first, then the y-values in the table. Then point out we are looking for the x-values for what we highlighted.

The issue of highlighting the vertex for the increasing and decreasing values would be addressed when writing the interval. The idea of the rollercoaster at the tip top provides context to develop the concept.

Similarly, I start with the zeroes. Again, highlight the graph, then the y-values, then the x-values.

The issue of highlighting the zeroes for the positive and negative values would be addressed when writing the interval. The idea of the rollercoaster at the ground level provides context to develop the concept.

I has been effective to have students highlight the parts of the respective axis when discussing the domain and range (not discussed yet). A common challenge is understanding that the x-values continue to the right or left when it appears they simply go down. To address this, I use a very wide parabola to show more lateral movement.

Here is a Jamboard. You have a make a copy to access it (see photo at bottom). Here is a FB Reel and a YouTube video showing how it works. 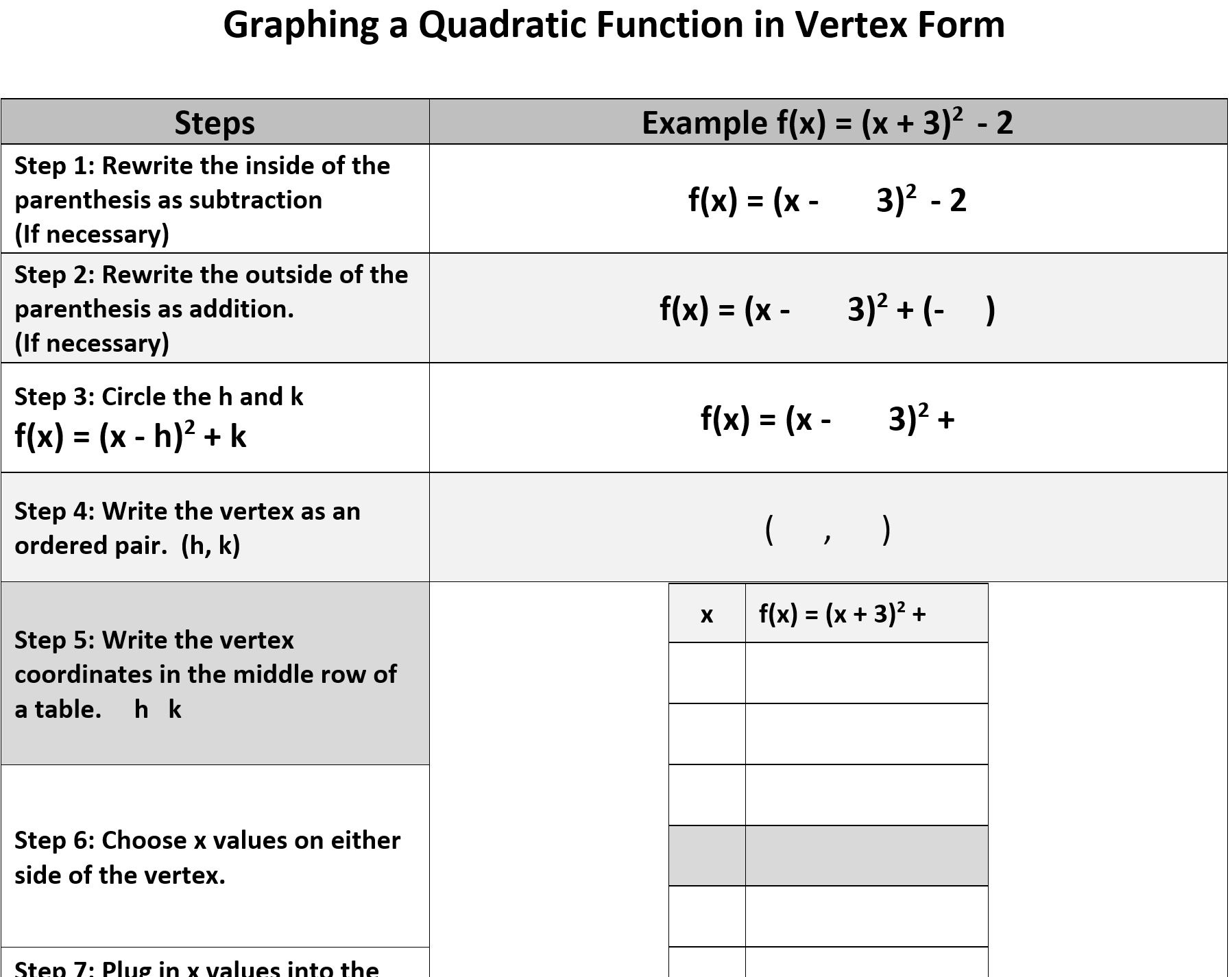