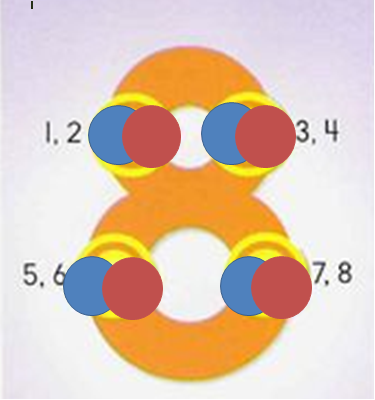 I was working with educators from Colorado on helping a student with autism learn the cardinal value of numbers. We discussed using Touch Math but that the larger numbers presented a challenge because the dots are reused. Tricia Schlachter helped come up with the idea of doubling the touch points as seen above. The students can touch the blue dots and count to 4 then touch the red dots to continue on to 8.

This can be taken a step further as red and blue items can be counted out as each respective dot color is counted out. This would lead into a CRA approach to adding using given numbers (as opposed to being given items). The items could be placed on the dots then removed as the student counts.

This site uses Akismet to reduce spam. Learn how your comment data is processed.